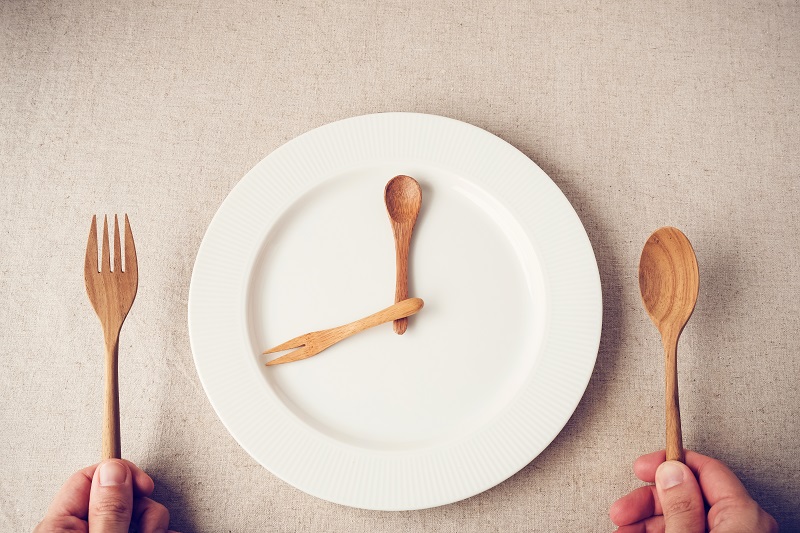 A recent study shows that we might be able to catch cancer cells off-guard by using an ancient and whole-body practice: fasting. Fasting has long been used as part of various cultural traditions and has more recently gained favor in alternative and complementary medicine. But researchers are still figuring out whether nutritional deprivation can prevent or cure some diseases, and if so, how.

The study found that in mice with cancer, fasting prior to chemotherapy often led to more tumor shrinkage than chemo alone, and in some cases, the combination apparently eliminated certain kinds of cancer. This fasting-chemo combo, the researchers suggest, “could extend the survival of advanced stage cancer patients by both retarding tumor progression and reducing side effects.” Unfortunately, most oncologists or even hospital dieticians know little about this subject, so you, the reader, are on the frontier of modern cancer therapy in reading this.

The 2012 study found that fasting helped to protect healthy cells against chemotherapy’s toxic effects, and that finding raised flags in the cancer field. “The concern was that we were also protecting the cancer cells,” says Dr. Valter Longo, professor of biology and gerontology at the University of Southern California Davis School of Gerontology and co-author of the new paper. So he and his colleagues embarked on five years of research to see whether that was the case, testing different fasting and chemotherapy regimens on mice with a variety of cancers: glioma, melanoma, neuroblastoma, breast and ovarian. “We not only saw that the cancer was not protected but that it was sensitized to the chemo,” he said.

In this study, fasting mice were allowed to drink water but were not given food for at least two days prior to chemotherapy treatment. When mice with breast cancer, glioma or melanoma were subjected to two rounds of 48-hour fasting before their chemo, their tumors shrunk more than those in mice that received chemotherapy alone.

Mice that had metastasized cancer and were put on the fasting-chemo plan showed a 40 percent greater reduction in their metastases than those that had been fed before receiving chemotherapy. They also seemed to live longer after getting this treatment. With two cycles of fasting and a high dose of chemo, 42 percent of mice with one of two types of metastatic neuroblastoma lived for more than 180 days, whereas all of the well-fed, chemo-treated mice had already died by then.

Fasting and chemo together had an even more dramatic effect in a third type of metastatic neuroblastoma: about a quarter of mice lived for more than 300 days, at which point they still seemed to be cancer free.

How Does Fasting Work with Chemotherapy?

Fasting appears to protect normal cells from chemotherapy’s toxic effects by rerouting energy from growing and reproducing to internal maintenance. Cancer cells do not undergo this switch to self-repair, and so continue to be susceptible to drug-induced damage, making for what the researchers call a differential stress resistance. Fasting, then, the authors wrote, should enhance the power of chemotherapies without having to resort to “the more typical strategy of increasing the toxicity of drugs.”

As a cancer grows and its cells mutate, they become more specifically adapted to the environment–a tactic that often spells success for the malignancy. But, Longo says, if you start changing the environment by fasting, the cancer has more trouble surviving chemo assaults than healthy tissue cells. Cancer cells, at least in breast cancer experiments,

seemed to be fighting to stay alive in the starvation-chemo environment by eating up even more energy, which stresses the malignant cells and causes more damage to them.

The medical research field, including alternative medicine, is strewn with promising cures-turned-casualties that had to be scrapped after showing promise in mice and failing to work in humans, and the cancer battleground is one of the most littered. One researcher observed that, “Unfortunately we can cure cancer in mice, but we have a much harder time in humans.” (My note: humans have psyches that are different than mice, and we experience anxiety and depression in ways that are far different than mice; both of these emotions can weaken our immune system in the long term.)

Should I Fast if I Have Cancer?

To be clear, fasting alone (without chemotherapy) should not be something patients attempt on their own. For a patient who already has decent odds of survival, undertaking an unproven approach can be quite risky. Although many diets and alternative treatment regimens exist, Longo cautions, “If you do it without the science, you can end up doing more damage than good.” For example, when a fast is too long, the immune system starts to suffer, potentially leaving a patient even less protected.

“Everything has to be timed so that it maximizes the damage to the cancer,” he says, and research into that is still ongoing. Even just finding out whether fasting with chemo will be as successful in humans as it is in mice might not come quickly. “You have so many cancers and so many chemos that it’s almost like a never-ending process,” Longo says.

Other Diets and Fasting

The other area where fasting can help is in the area of cancer stem cells, which often remain after chemotherapy is finished and which many think is why cancer recurs or becomes metastatic after chemotherapy, as well as helping in triggering stem cell-based regeneration of an organ or system. A study in 2014 showed that cycles of prolonged fasting not only protect against immune system damage –a major side effect of chemotherapy — but also induce immune system regeneration, shifting stem cells from a dormant state to a state of self-renewal.

immunosuppression. This is important, especially in lieu of how many people are given injections of drugs like Neulasta and Neupagen, both of which have been reported to promote tumor growth and angiogenesis, so I would be careful about gettng these drugs. And fasting, as well as taking products like Immucare 1 during chemo and eating bone broth or bone marrow soup, can protect your bone marrow and other body tissues from the ravages of chemotherapy.

How Do You Fast Around Chemotherapy?

Although it is clearly uncomfortable to not eat for a total of 72 hours, the research is indicating that this is a worthwhile sacrifice; the discomfort from hunger will actually decrease the severity of the side effects from the chemotherapy. It is also important to keep in mind that this starvation state is triggering a powerful metabolic shift in your cells that protects the healthy ones while making the cancer cells more vulnerable to the chemotherapy.

As long as chemotherapy is the main way we treat cancer today, fasting is worth researching and doing in the time period around chemo. If you are considering fasting for an extended period of time, study up on it and have a consultation with our nutritionist, Victoria Abel. And make good use of your intelligently-applied fasting by doing a series of colon hydrotherapy treatments to help your body detoxify.

How Thoughts and Emotions Affect Our Immune System

Tumor Microenvironment: What It Has to Do with You?