My Personal Story of Encouragement 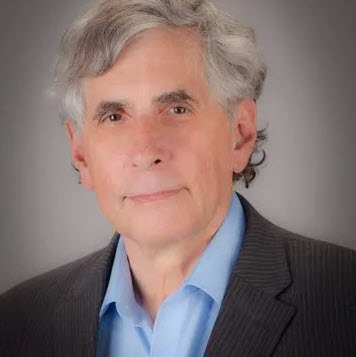 My Personal Story of Encouragement

In the last year or so, my PSA (Prostate Specific Antigen– a prostate cancer marker) had risen from 3.5 to 4, then to 5, then to 7.5, and finally to 9.2. treatments. I took some supplements, but did not take it very seriously; I knew that prostate cancer rarely kills, and rarely is aggressive, especially in a man like myself who is older than 65. The exception to this is in men who have had surgery and radiation, when not being prepared well for these therapies.

This is my experience as an integrative cancer physician; however, many men with even a PSA of 4-5 would have done a biopsy and other suggested urology treatments, and my brother, who had a history of prostate cancer, did the usual treatment offered today in modern medicine: radical prostatectomy surgery, then radiation implants. (The incidence of prostate cancer is higher for a man who has a brother with prostate cancer than it is in the general population.)

After my PSA rose to 9.2 , I started to pay more attention. I think that I was in some denial previously, like many men today are. I had some further blood tests done, which looked at the different types of testosterone, inflammation markers (mine were high), metabolic markers like Hemoglobin A1c (mine was 6 in the last year, meaning that I have a tendency to diabetes, in spite of eating a pretty good and low-carb diet), and Vitamin D testing (mine was low, as is most people’s who have a cancer).

I also began to look at doing a biopsy. I knew that I did not want to do the traditional biopsy, or what is called a transrectal biopsy–meaning a needle through the rectum and into the prostate gland–because there is documentation in the medical literature for not uncommon rates of secondary infections from bacteria that are in the rectal area. I spoke with a nationally-known radiologist who was referred to me by my integrative oncologist mentor, who does what are called transperineal biopsies (transperineal means that the needle is inserted through the skin near the prostate, guided by the radiologist doing fluoroscopy, watching where the needle is going and making sure it goes into the prostate). This radiologist is known for having developed this method, which requires fewer needle sticks into the prostate and yet is still able to get enough of a sample, so that he can accurately tell the patient whether or not he has prostate cancer, and if he does, how potentially aggressive the cancer is.

This radiologist also pioneered a therapy called cryotherapy for treating localized prostate cancer, which I was assuming I had due to the high PSA. Cryotherapy means locally freezing the cancer tissue, thereby killing it and making sure it does not have the chance to spread or metastasize.

However, neither of these–the biopsy nor the cryotherapy–were covered by Medicare or even my secondary insurance policy. It would have cost me over $20,000 to go to see this radiologist in Florida and have these procedures done (assuming that the biopsy found prostate cancer). This was note feasible for me.

Also, my brother, who I mentioned previously, was concerned that I was making the wrong decision and urged me to reconsider and do a traditional biopsy, as did my sister. Though both respected my thinking and my decision, both were concerned and wanted to be sure I was covering all my bases.

Because of this reality, I took another direction: I consulted with one of my national teachers in integrative oncology, a man named Donnie Yance, who is a well-known cancer researcher, herbalist and nutritionist, and who also works nationally with oncologists and naturopathic physicians in giving advice about how to treat their patients with a cancer diagnosis. Donnie is also the formulator of Natura Health Products brand.

What emerged from this consultation and after doing certain lab tests was a therapeutic program that involved drinking a smoothie daily with many ingredients, taking many supplements, doing specific rectal suppositories, herbal teas specific for me, an herbal tincture, and a drug called Avodart. In addition to this, I decided that doing injectable mistletoe therapy under the skin in my lower abdomen would be part of the program. As a result of taking this path, in 3 months my PSA has fallen 9.2 to 5.2.

Why do I even discuss my own health situation in this newsletter? I do this to let all of you know that there are many high-quality methods to approach cancer, methods that are based in an integrative approach and which can be very effective.

Do I have prostate cancer? It’s hard to know without a biopsy. But with such a rise in my PSA over a year, it was highly likely that a biopsy would have been positive for prostate cancer. Could it have been a chronic prostatitis, or inflammation of the prostate, from a prostate infection I had in my 30’s? That’s possible, but who knows?

I wanted to tell all of you about these recent experiences to provide an example of how integrative oncology can work in the treatment of a likely cancer. What I am getting at in all this is that I put my will and intelligence into this, through my research and consultations with practitioners who I trusted and who have had good results with their patients.

To be clear, I am NOT advocating the path that I took for anyone else but myself, unless a man deliberately and with well-thought-through reasons, chooses to go this route. I always advise men I see whose PSA is high to do a biopsy, because that is what is called the “standard of care.” Furthermore, I feel that each man has to make his own decision about what to do. And there are times that if there is a cancer present, it can be an aggressive cancer, and we would not know this without a biopsy. Also, to be clear, I am an integrative cancer physician and know the type of diagnostic approaches that can be most effective.

I hope that this article gives you some insight into how to not react with fear to the possibility that one may have a cancer, but to do your own research and get advise from experienced integrative cancer practitioners, as well as surgeons and oncologists, and then make up your own mind–not driven by fear, but rather by the confidence and trust in one’s decision.

Slow Down, You Move Too Fast